History: Minty’s troubles started several months ago when she came to see us for a sore front left foot. After a thorough examination including X-Rays to rule out broken bones, no reason for the sore foot could be found. Minty was sent home for strict rest with some pain relief medication and antibiotics to cover for any infection that may be present.

Minty however returned to us not long after as her paw was getting no better. This time there was a small lump between her toes. Minty was admitted and further x-rays were taken and the lump was examined. At this point we found a small piece of debris (foreign body) in the mass, which we removed under anaesthetic. A small sample of the mass was taken just in case the removal of the debris did not resolve the situation.

Minty had a rather turbulent recovery, chewing bandages and not taking things easy like she was supposed to and it was not long afterwards she returned to us with a new problem – now she had a sore left hind leg.

Examination: After examination it was found that Minty had ruptured her cruciate! A cruciate ligament is a piece of fibrous tissue joining the tibia and femur (knee bones) together helping the knee to work as a hinged joint. This injury is a common one experienced by many football players and other sports people and is usually caused by a twisting traumatic injury to the knee joint.

Treatment: Young Minty was sent home with anti-inflammatory medication and a referral to see a specialist surgeon was made. Four days later Minty had her surgery for her ruptured cruciate ligament.
Of course this wasn’t the end for our little trouble maker Minty, as a few days later she ran up the stairs whilst she was supposed to be taking it easy. She had disrupted her implants stabilising her knee and now had to have another surgery to fix it. The surgery was performed the following day. 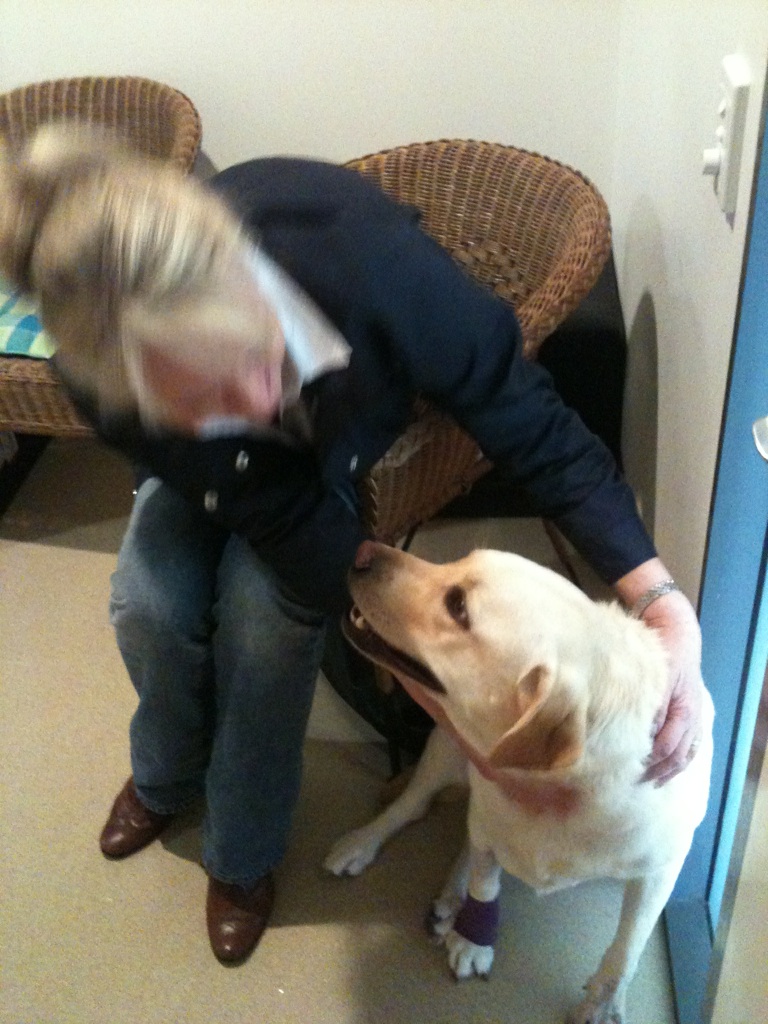 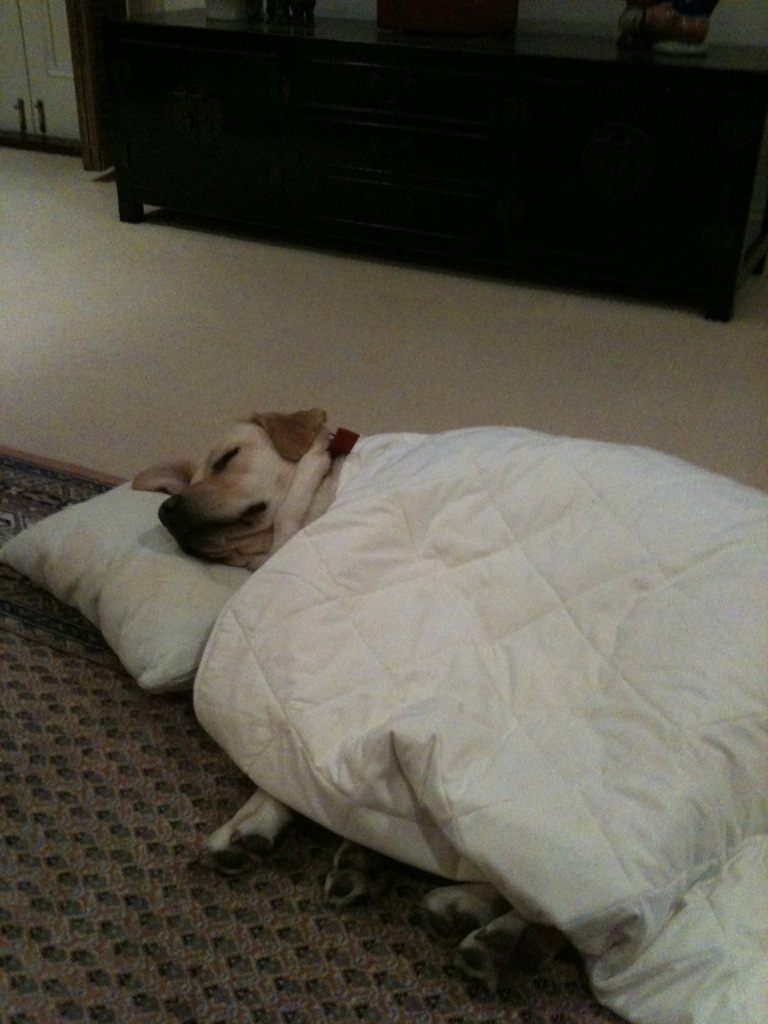 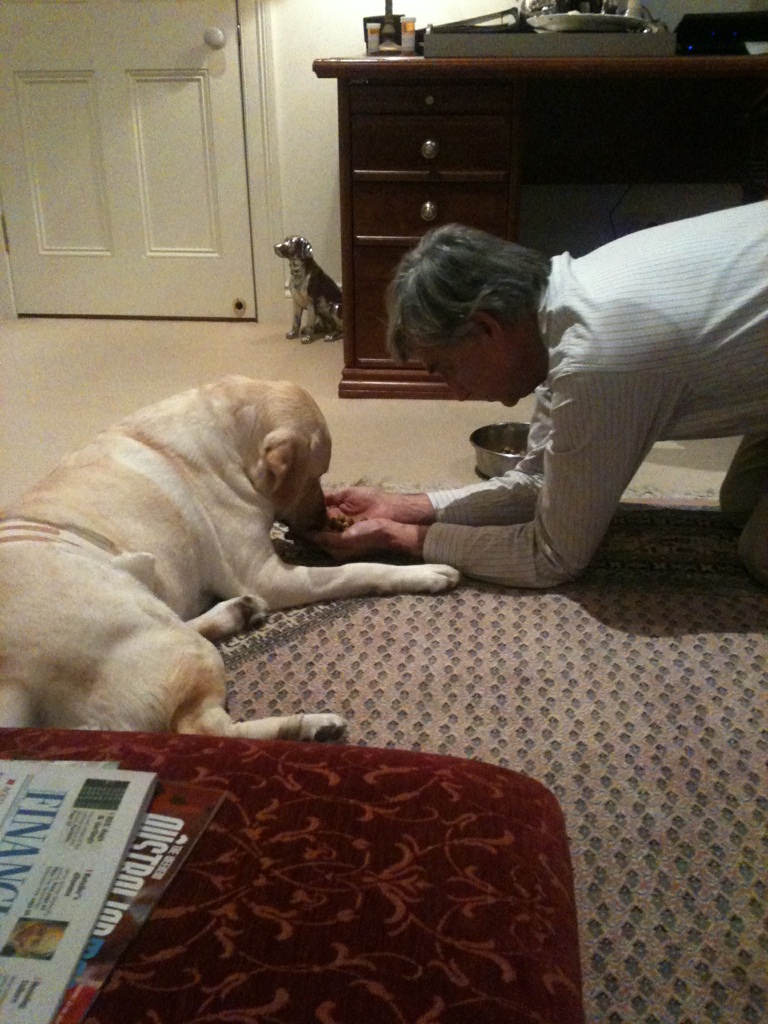 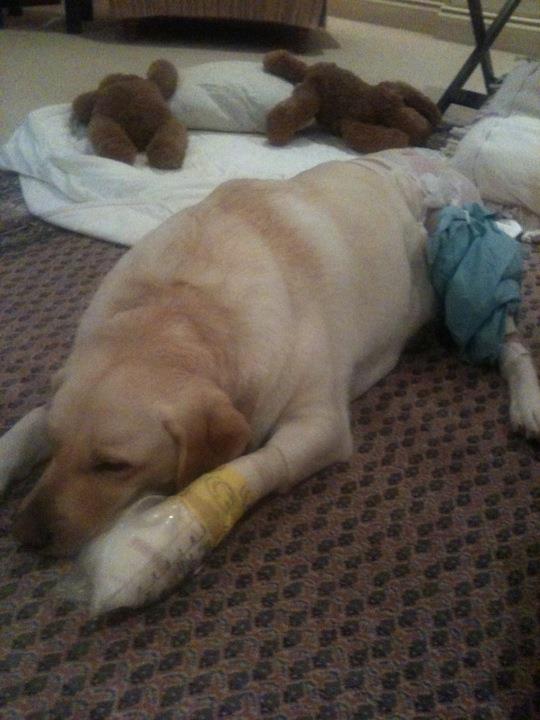 Minty was kept in hospital for a little while to prevent her from doing anything silly and soon after her surgery she started her treatments with the doggie physio and was doing well. A couple of weeks later whilst still on medication and strict rest instructions, Minty was minding her own business at home when a stranger entered the yard. On this occasion it was a scrub turkey. Minty broke out of the back door and chased the turkey around the yard and eventually through the house and into the kitchen. The turkey escaped unharmed but Minty on the other hand returned with a painful limp – she was to have yet another date with the skillful hands of her surgeon. Minty was reassessed by the surgeon and thankfully did not require a third surgery, She is currently forbidden to do any strenuous activity and is continuing to see the the physiotherapist. Later this year the implants will be removed from her knee once it is 100% healed. 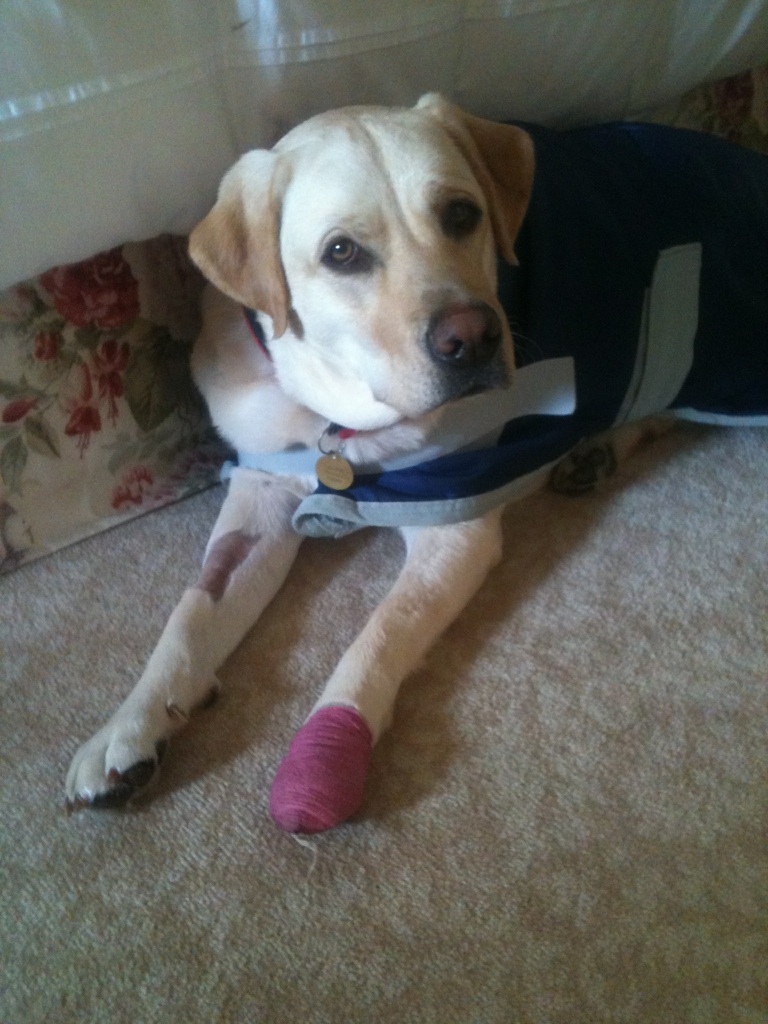 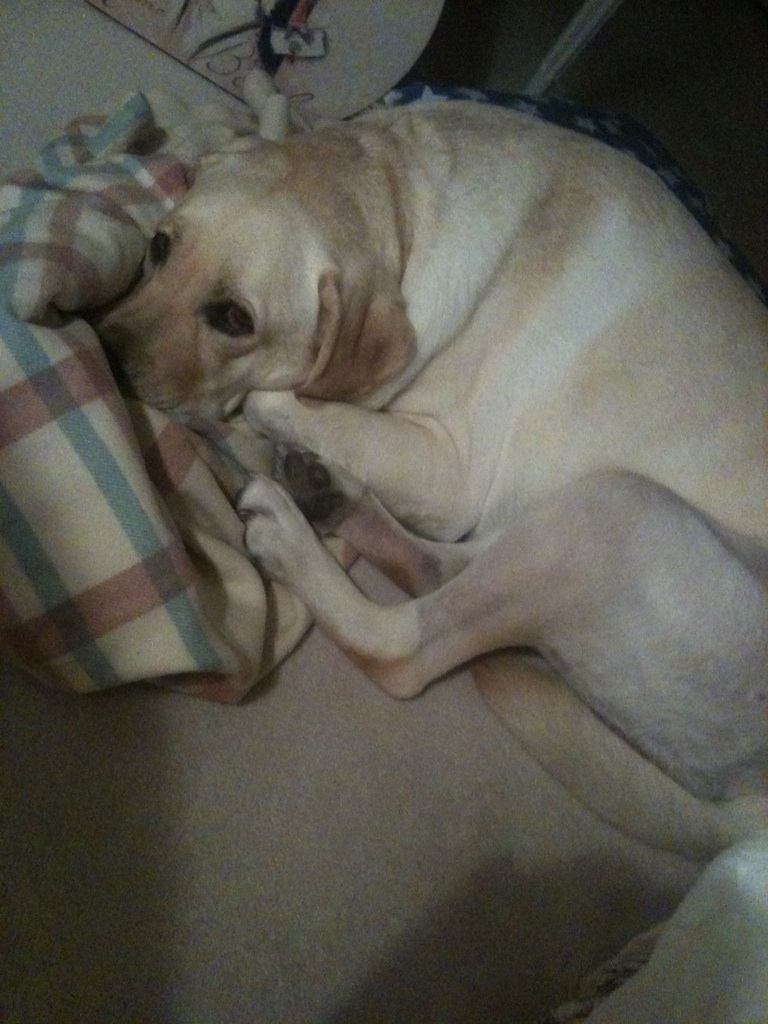 Follow up: Minty is currently happy and we all have our fingers crossed that she can stay out of trouble from here on in! 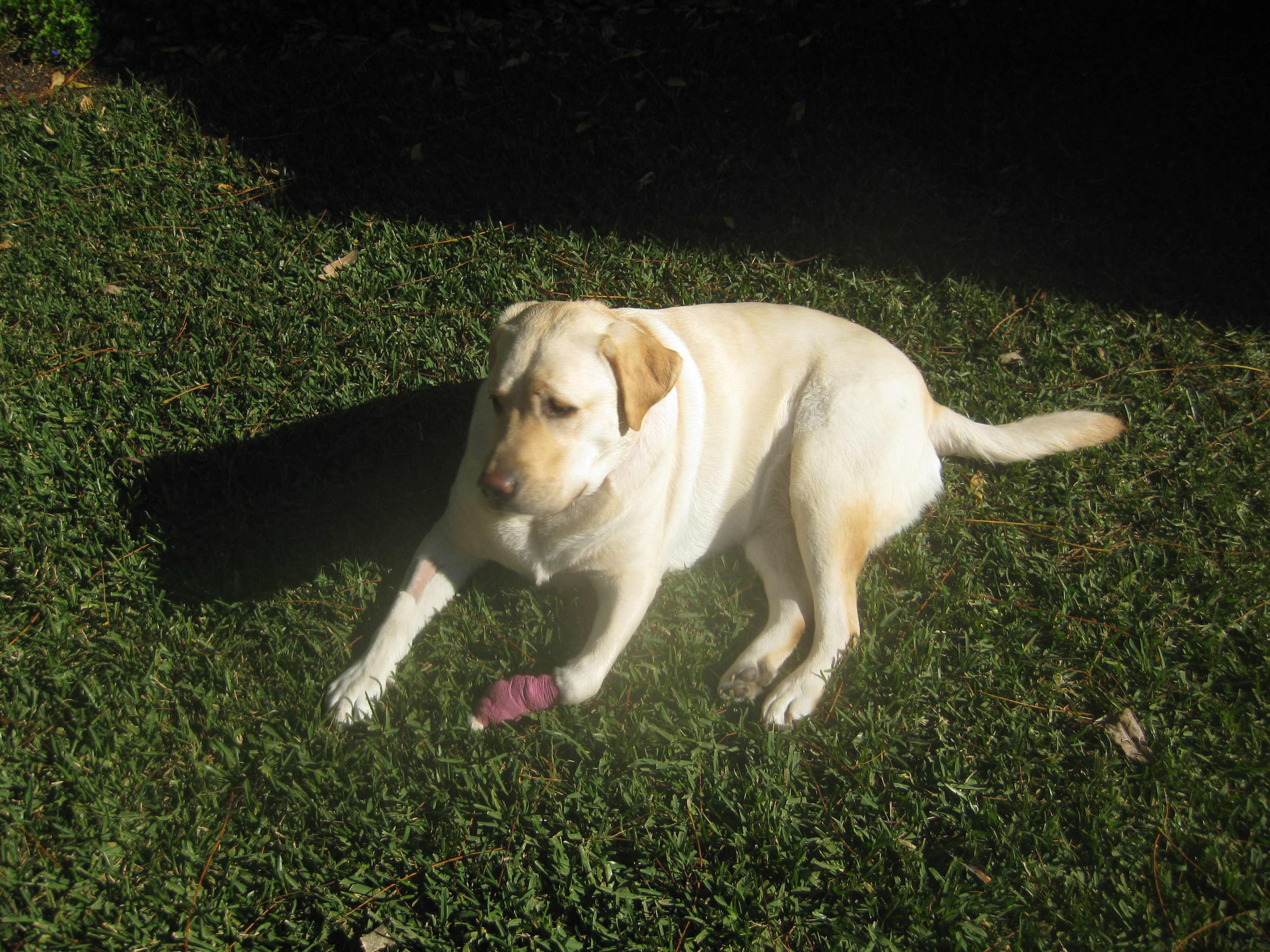