History:
On the 8th June 2010, Sammie was brought into Wilston Vet for a yearly vaccination and heartworm injection. Before any of these injections were given, a full physical examination was performed by the veterinarian.

Examination:
During the examination of Sammie’s mouth, Dr Amisha discovered that he had moderate to severe calculus formation on his teeth, gum recession and oral ulceration. These problems were very uncomfortable for Sammie and also were causing him to have bad breath! Unfortunately, unlike people, dogs do not brush their teeth everyday and as a result develop dental (or the big word – “periodontal”) disease. This can affect the overall health of the pet, as the gums can become so inflamed they bleed, letting bacteria from the mouth enter the bloodstream and then disperse to the body’s vital organs causing infection, inflammation and damage. 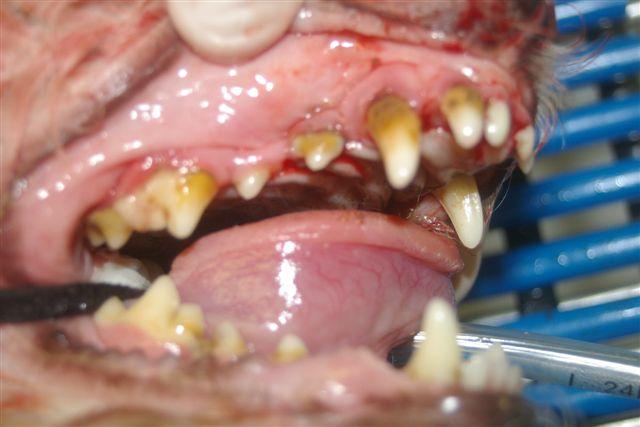 Treatment:
The best course of action for Sammie was to book him in for a dental scale and polish under general anaesthetic. Pets require general anaesthetics for this as it is impossible to hold a pet’s mouth open for a period of time while awake to perform adequate dentistry. Sometimes dentistry can be uncomfortable or painful especially when extractions are needed, hence the necessity to be anaesthetised.

Sammie was back at the clinic a week later and admitted for his dental procedure. To ensure the highest level of safety, blood was taken from his jugular vein and analysed at the clinics in house laboratory to check that his organs were normal and able to cope with an anaesthetic. The results of Sammie’s blood tests were good, so he was given a pre-medication injection to relax him prior to administering the anaesthetic agent. He was also placed on an intravenous drip to keep him well hydrated and to ensure his blood pressure was maintained whilst he was asleep. Sammy was then anaesthetised by an injection into his vein, and then maintained on a gas anaesthetic agent mixed with oxygen, which was delivered via a tube into his airways. 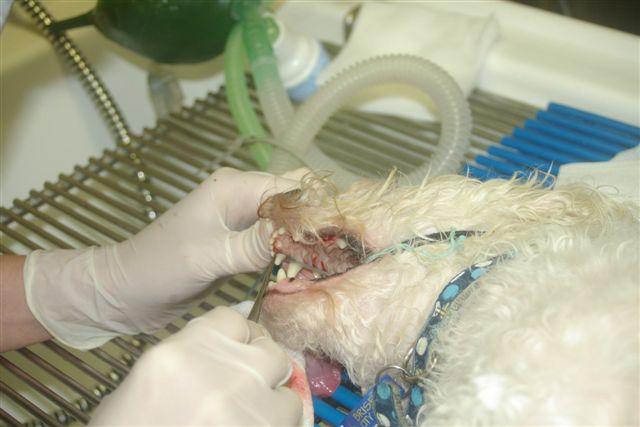 The first part of the dental involved a thorough examination of the mouth with a probe to check for pockets, measure gum recession and also look for any diseased teeth that may require extraction. Sammie needed to have 6 teeth extracted which included some incisor teeth and pre molars, so to ensure comfort he was given local anaesthetic nerve blocks before the teeth were removed. Next Sammy had the thick, hard calculus cracked from his teeth (fun!) Following this, a scale of all the teeth with an ultrasonic descaler was performed. 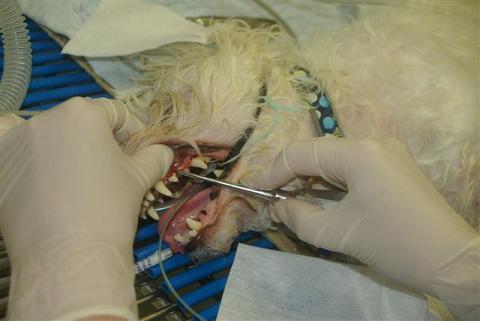 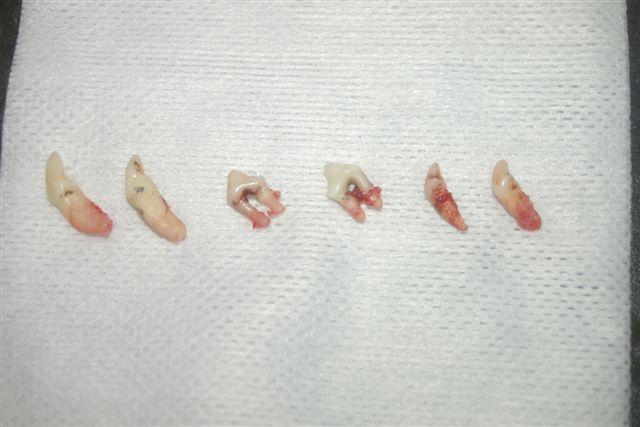 After descaling and tooth extraction, the next important step is to polish the teeth. This is vital as the descaling tool can leave microscopic pits and grooves in the tooth’s enamel surface which plaque and tarter can then adhere to and lead to further problems. Sammie’s teeth were polished with a fast rotating prophy cup and grainy toothpaste to make his teeth nice and smooth. Then, finally, a quick rinse was done to wash away residue tooth paste and calculus particles in the mouth. 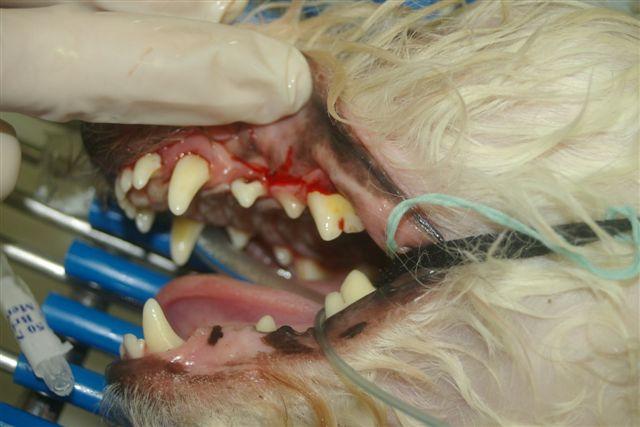 An antibiotic injection was given to jump start Sammie’s immune system followed by a course of tablets for the next five days. Additional pain relief injections were also given prior to discharge .Sammie was sent home with instructions for rest and relaxation. Strict dietary instructions were given as well. These involved feeding small cubes of meat for one week, as tinned food is mushy and can get caught in the sockets where the teeth used to be.

Once the gums had completely healed, preventative care such as tooth diets, chicken necks, chew toys and brushing were recommended to keep his gums and teeth healthy well into the future.

For more information on diets that help to prevent and treat dental disease, visit the Hills website …click here