History: A lovely chicken by the name of Black Tail was brought into Wilston Vet Surgery after sustaining a nasty dog bite to the backside. Unfortunately a neighbour-hood dog had escaped from its yard and made its way to Black Tail’s house and attacked her and five other coop mates. Luckily for the others, they only had minor injuries.

Examination: Our fantastic exotic species vet Dr Amisha examined Black Tail and found three bite wounds at the tail base. On the left side of the abdomen was a 1cm puncture through the skin, and the lower area of the rectum had been torn, which caused the mucosa of the rectum to prolapse. There were lots of feathers missing over the back and tail area but no other injuries were found. Although Black tail was very quiet and depressed, she was responsive to us, which was good.

Plan: Surgery was discussed for Black Tail to repair the wounds around the rectum and the prolapse. The anaesthetic risk for Black Tail was about a 50/50 chance of survival given her dull demeanour. Her prognosis was guarded as there was a potential for becoming egg bound (eggs get stuck and cannot be laid) from scar tissue in the future. Black Tail was such a lovely sociable chicken that her family decided they wanted to give her a chance at survival and she was admitted for surgery that day. 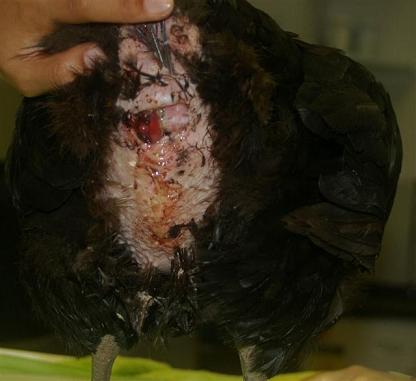 Black Tail was induced with an anaesthetic gas called isoflourane via a gas mask and was closely monitored throughout the procedure by our exceptional critical care nurse, Kelly. 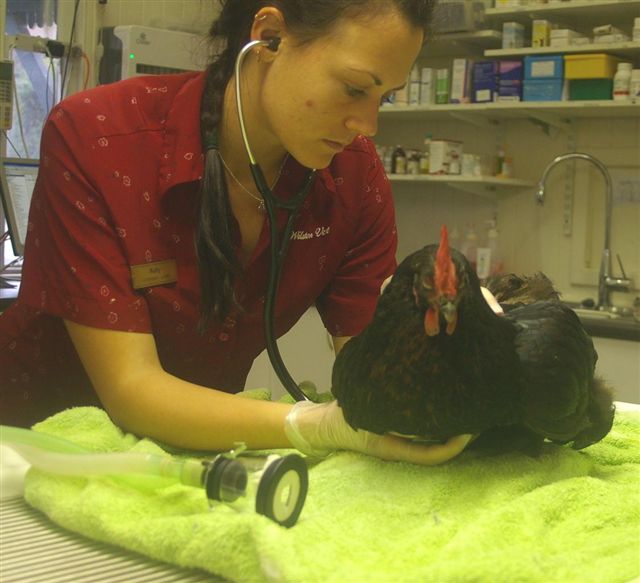 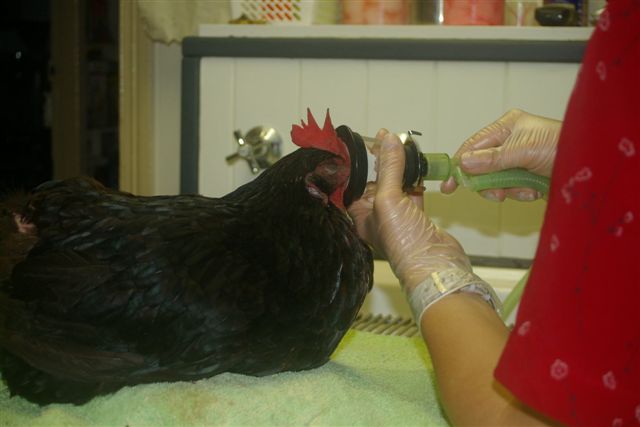 Dr Amisha started cutting away the surrounding left over feathers and then cleaning the wounds with chlorhexidine, a powerful antibacterial solution. Using a sterile surgical kit, Dr Amisha debrided the dead tissue around the laceration on the thorax to reveal skin edges with a fresh blood supply. She then sutured them together with absorbable suture material and repaired the tear around the rectal prolapse. 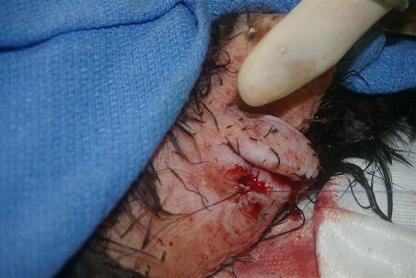 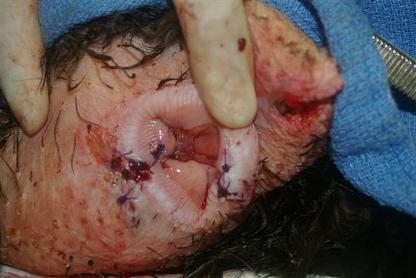 Black Tail was given antibiotic and pain relief/anti-inflammatory injections. Black tail spent the night in the hospital recovering in a cage with a blanket and heat pad (a big change from the chicken coop!). Nurse Kelly arrived the next morning to find Black Tail much brighter and more alert. She hadn’t yet eaten but had drunk a little water.

Black Tail was discharged with instructions to return in 5 days for a re-examination to make sure the wounds were healing. In the meantime she was to be given oral antibiotics to prevent infection. She had to be separated from the other chooks and closely monitored to make sure she wasn’t pecking at her wounds.

Follow up: The follow up visit revealed that Black tail was eating and drinking well and being a normal chicken again. The surgery site had some dry poo stuck to it so Dr Amisha gently cleaned that away to visualize the wound properly. There was no evidence of swelling, redness or discharge and the wound looked great. 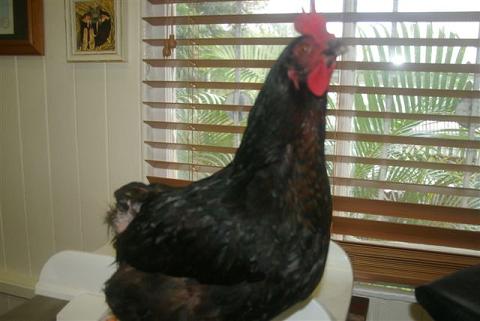 Over the next few weeks the wounds continued to improve, so it was back to the chicken coop for Black Tail with the other chooks to peck and dust bathe the days away.