History: I just remember being at the park, sniffing the grass, minding my own business……..

It is late in the day. The shadows have lengthened. Then out of nowhere a huge black dog races towards me. I don’t get a chance to sniff hello before it grabs me and covers me in slobber. Searing, tearing pain forms a second collar around my neck. Loud voices, and the black dog is dragged away from me. My family scoops me up. Then we are in the car. I’m sore and shaking, but so relieved to be on our way home. Trees flash by the car windows. The sky darkens. The car stops….. But we are not home.

My family picks me up and carries me into the building we have stopped in front of. I know where I am the instant the smell of the place hits my nostrils. It’s the smell of a thousand cats and dogs, thinly veiled by a chemical scent I can’t place. We don’t come here often, but when we do it’s scary. It is inhabited mostly by women in dark pants and buttoned up short sleeve shirts. The women are friendly enough, but they do things to me I don’t understand. The poke and prod me, shine bright lights in my eyes and ears, and stick things in a part of my body that should only ever have stuff come out of it.

I don’t understand. Why on earth would my family bring me here now, when all I want is the comfort of home? I shiver, feel frightened. The voices around me are soft, sound concerned, but still there’s the poking, prodding, and an uncomfortable sensation in my bottom. It hurts when she touches my neck. Then my family says goodbye and leaves. I don’t understand. The woman carries me out into another brightly lit room. She tells me she’ll fix me up and I’ll feel better soon. I’m put up on another table in the bright room. A second woman appears. There’s a sting at the bottom of my neck, then one at the back of my neck, then another in my front leg. They connect my leg to some sort of thin rope. Slowly the hot pain all over my neck dissolves, and the edges of the room soften. I feel sleepy, and safer, not as frightened.

The first woman strokes my head and tells me I will go to sleep for a little while. The second woman murmurs soothingly. I lean into her cuddle. They do something with the little rope attached to my front leg. The bright room begins to swirl and I sink into sleep……….

And that is how Lucy came to be anaesthetised by Dr Anita and Nurse Tabatha one Friday night after she’d been attacked and bitten on her neck by a Rottweiler in a dog park. Below is a picture of Lucy’s neck wound prior to surgery. As you will soon see, looks can be deceiving……… 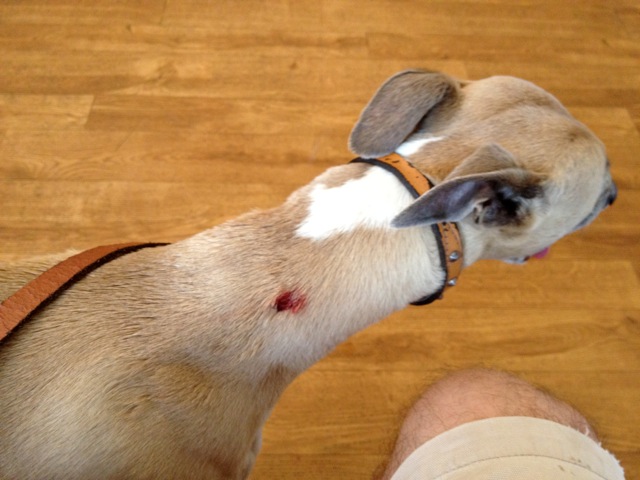 Treatment: Prior to Lucy’s anaesthetic, an in house blood test was run to check her liver, kidneys and hydration to make sure these organs, which are responsible for eliminating the anaesthetic agents from the blood, were in good working order. Lucy was given a pain relief injection, an antibiotic injection, and she was started on intravenous fluids to help her maintain her blood pressure during the anaesthetic.

Once Lucy was anaesthetised, the wound on the side of her neck was flushed and probed. A large pocket of space where the skin had been torn off the underlying muscle and connective tissue was found. This made it necessary to place a penrose drain under the puncture wound prior to trimming and stitching it up.

This was done to avoid fluid building up in the dead space under the skin. Although the puncture would looked like the worst injury, the real damage had been done on the other side of her graceful neck by the Rottweiler’s opposing canine tooth. The skin had remained intact, but Dr Anita could feel a large defect under the skin where some of the neck muscles had been torn. 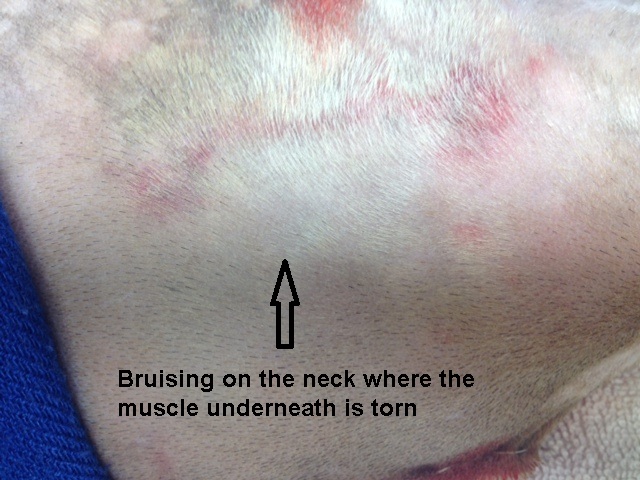 Dr Anita surgically explored this area and found not only torn muscle layers, but superficial nerve branches supplying the muscle were exposed when they shouldn’t have been. It took about an hour and half to carefully repair the torn muscle without damaging the exposed nerve. More penrose drains had to be placed. 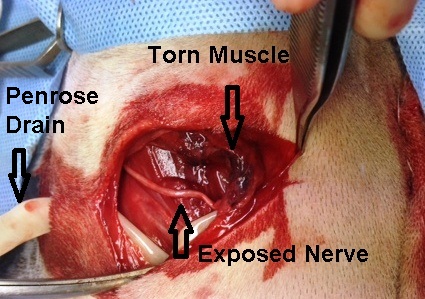 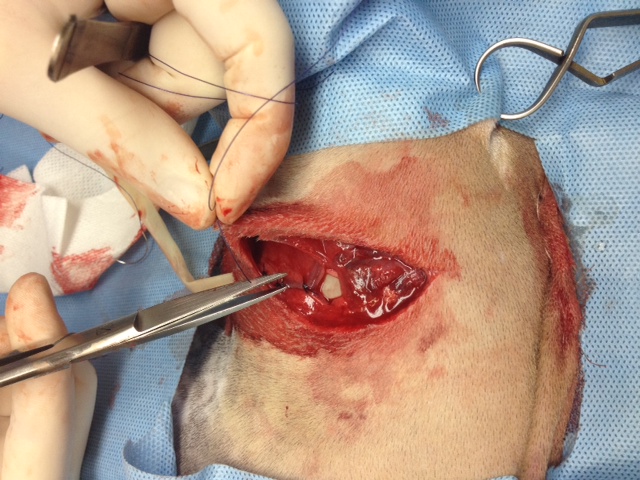 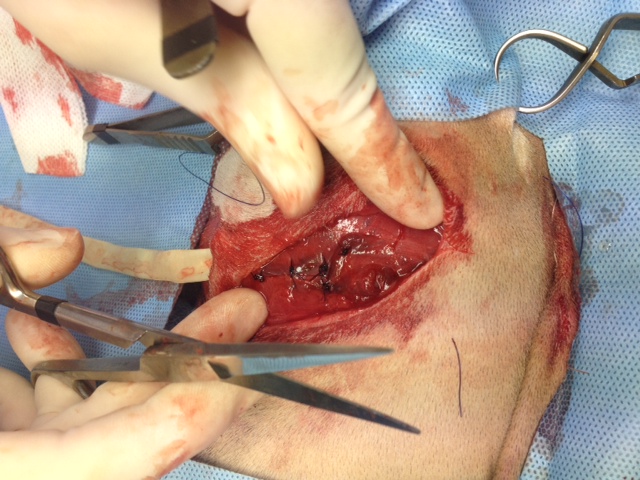 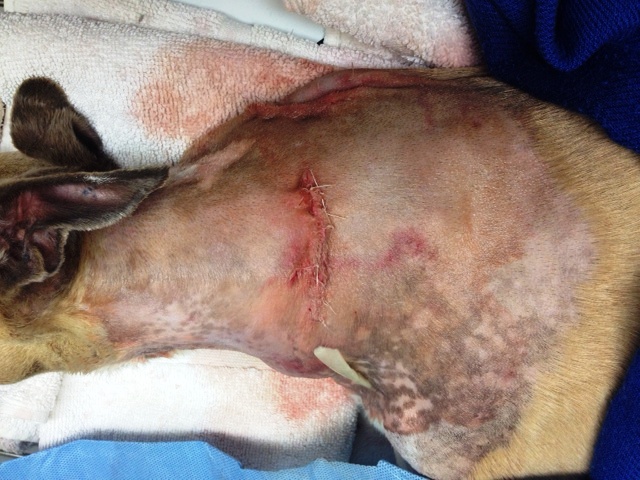 Lucy was given an additional pain relieving injection and her recovery after the anaesthetic and surgery was closely monitored. She recovered well, and so was ready to return to her family later that evening. Lucy’s family then monitored her closely at home overnight. She had to finish a course of antibiotics and return to have the penrose drains removed three days later and her stitches removed ten days after the surgery. Below are some pictures her family took of her wounds after the surgery: 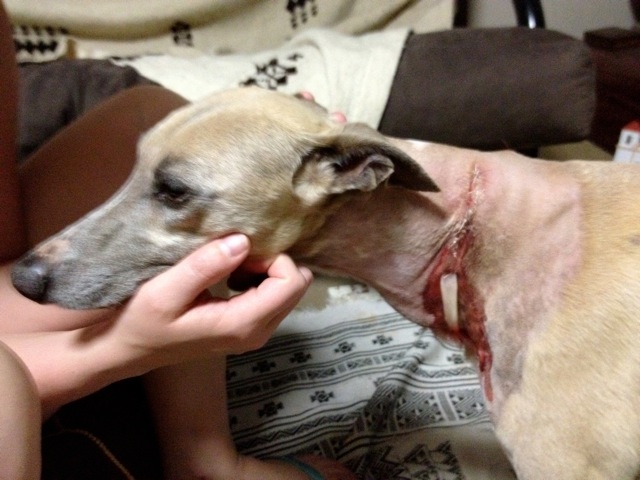 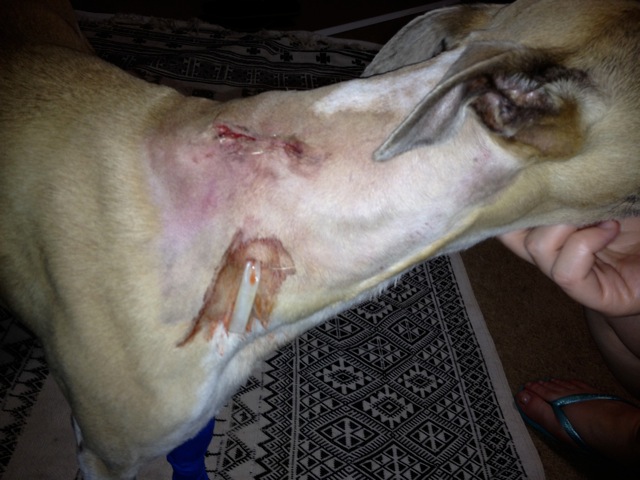 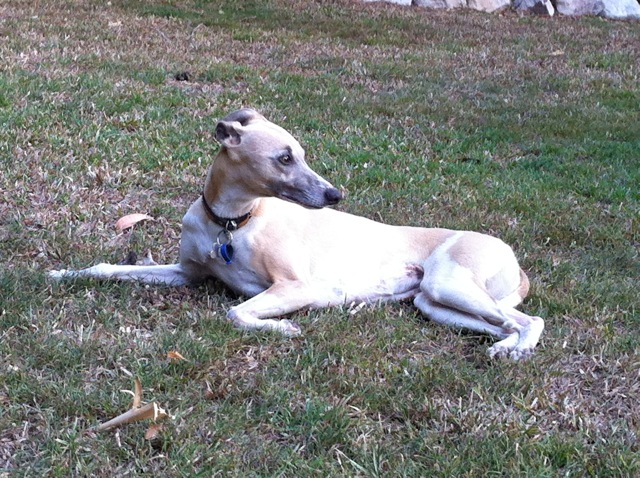 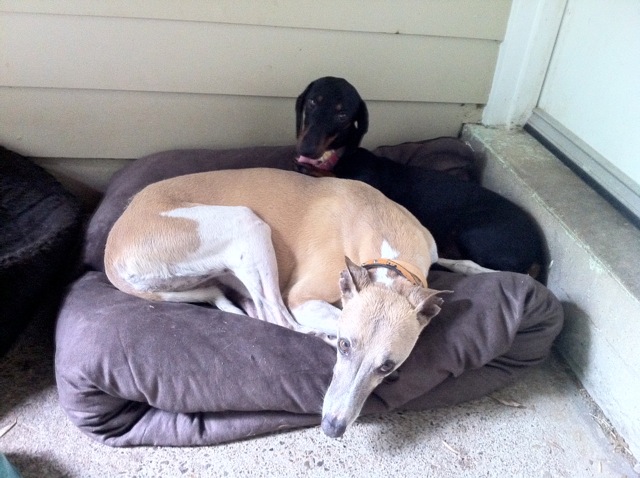 It is our hope that Lucy remembers the evening she spent with us as dream like, and that although she would have been traumatised by the dog attack, she felt comforted and cared for during her brief separation from her family.

Disclaimer: Dr Anita does not possess dog mind-reading skills. She just used artistic license to imagine Lucy’s feelings and thoughts. Apologies to Lucy for any inaccuracies in the above assumptions of her experience.