History: Penny is a playful cat with a delightful nature however when her owner is away, she likes to get up to mischief! Penny’s owner was on holidays in South Australia and Penny was being cared for by her owner’s friend when he came home to find her covered in what appeared to be motor oil.

Penny’s carer immediately tried to wash her down with a gentle shampoo however the motor oil was too tenacious and sticky and would not come off. A cat’s natural instinct is to keep themselves as clean as possible and there was great concern that Penny may try to lick off the motor oil from her haircoat. Penny’s carer contacted the clinic and was told to bring her straight down as an emergency case as motor oil can be toxic if ingested and may also cause local skin irritation.

Examination: On presenting to the clinic, Penny was still bright and active however she was starting to have mild tremors (shakes) – this may have been due to the fact that she had recently been washed and was still wet or because she was a little nervous, however tremors and seizures are also a symptom of motor oil poisoning. Dr Kate decided the best plan was to admit Penny to hospital for clinical treatments and observations to ensure her symptoms did not progress further. Dr Kate immediately placed a soft elizabethan collar on Penny to ensure she could not try to groom and lick the motor oil from her coat. 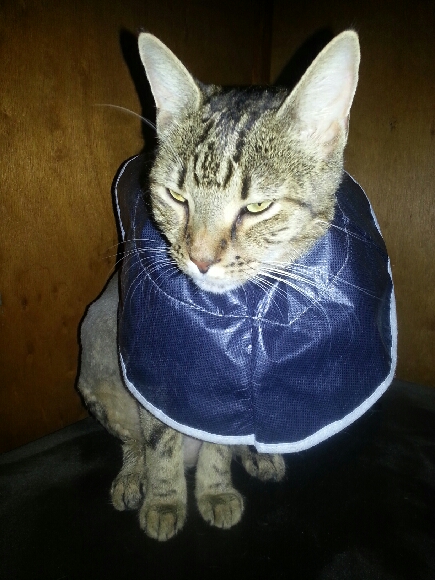 The rest of Penny’s physical examination was normal which was fantastic – there were no other symptoms of motor oil toxicity (such as respiratory distress, gastrointestinal upset or neurological symptoms). The motor oil was still very much evident throughout the hair coat and did not seem to remove with vigorous washing and drying so it was decided the best thing to do would be to shave Penny’s hair coat short.

Treatment: Once shaved, the majority of the motor oil was removed, however her coat was still very greasy. To remove this layer of grease, nurse Stephanie washed her in a mild soapy detergent and flushed it off with copious amounts of cool water. Then a soothing shampoo and conditioner treatment was used to protect her skin from the harsh chemical and from all the vigorous washing. 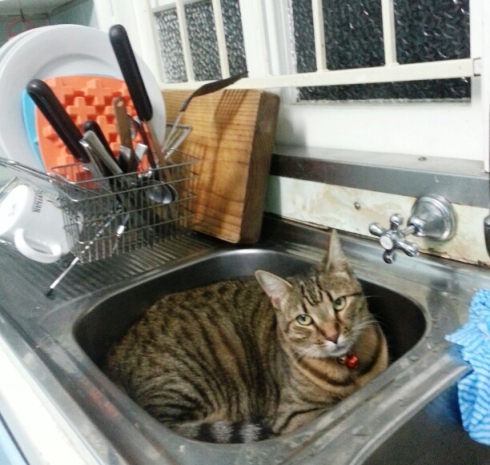 Penny was gently warmed and dried and kept hospitalised to closely monitor her for any further symptoms such as weakness, vomiting, diarrhoea, coughing or breathing difficulties. As Penny’s tremors had now stopped and she appeared well, she was sent home with her carer with instructions to closely monitor her and rest her strictly. 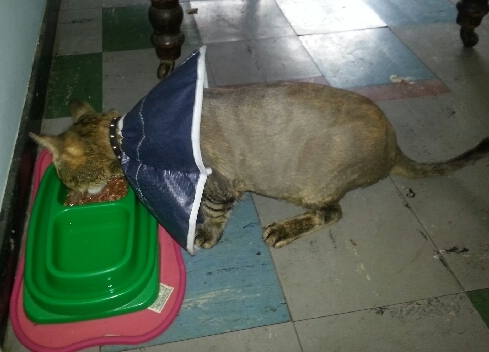 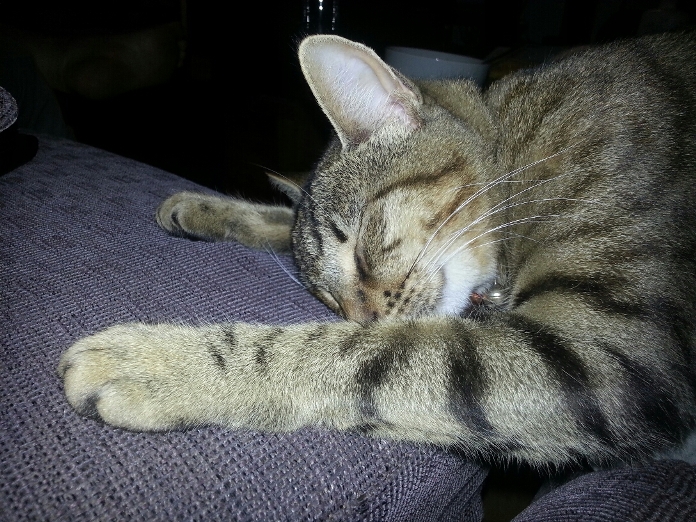 Happily, Penny did not develop any secondary symptoms and did not require any further treatments or blood tests. Today Penny remains happy and has stayed away from dangerous chemicals. 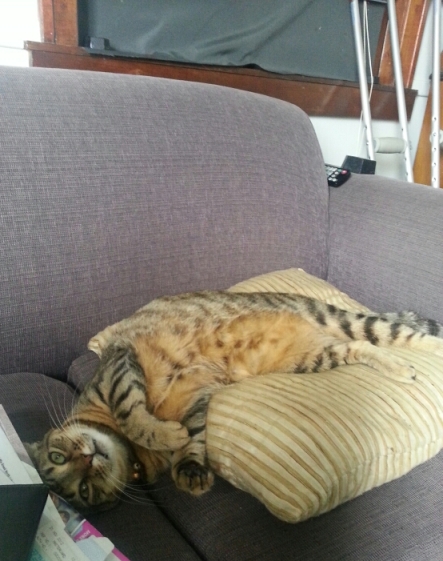 If you do keep any chemicals in your home, please keep them confined in a locked space where your pet cannot have access to them. Penny may have found the motor oil by climbing in under a car and of course this is difficult to prevent unless she is not allowed access to the garage or outside. Pets may be in danger from chemicals either via ingesting them or by the chemicals making contact with skin or eyes or mouth. If you ever suspect that your pet has ingested  or had contact with a chemical substance, please contact the clinic (or an emergency centre if out of hours) immediately as most chemicals need to be removed from the body system immediately. If your pet has evidence of chemical contact to their eyes,skin or hair coat, try to flush the affected area copiously with cool water and again, contact the clinic immediately.