History: Elmo was rushed to Wilston Vet after being hit by two cars on a busy nearby road. He presented with major head trauma and severe neurological signs. He was bleeding from a laceration above his left eye and also from his nostrils. Elmo’s pupils were dilated and he was unable to focus on us or his surroundings.

Examination: Due to the severity of his symptoms, Elmo was treated immediately with intravenous fluids, heavy pain relief and oxygen therapy. All vital signs including his heart rate, temperature, respiratory rate and blood pressure were recorded initially and every 10 minutes thereafter. 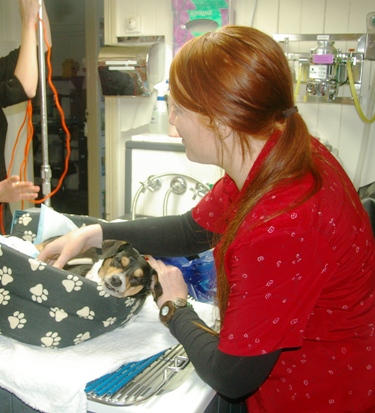 Once Elmo was stabilised x-rays were needed to rule out any major fractures or internal injuries. Thankfully the x-rays showed no major abnormalities apart from lung bruising. His neurological status then became our major concern and we were worried he may never walk or toilet normally again. We were also aware of the risk of altered personality and epilepsy which can result from severe head trauma. 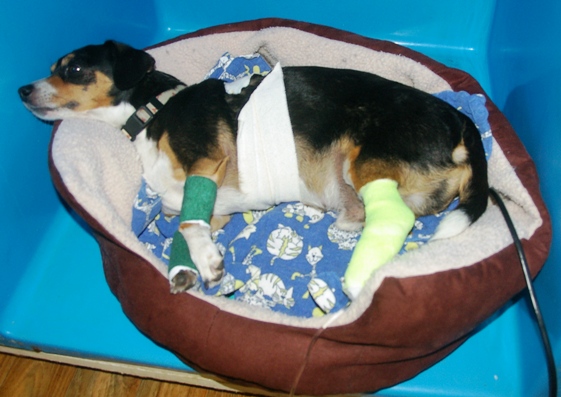 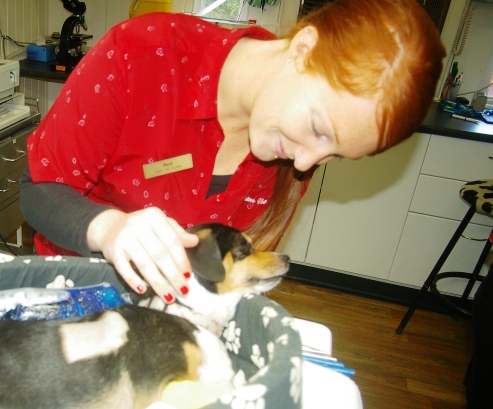 Treatment: Elmo was treated with IV fluids and pain relief throughout the day. He was then transferred to a local pet emergency facility for overnight treatment. Each day Elmo was monitored at Wilston Vet and on the fourth day of treatment we were all very excited when he walked outside and toileted normally. 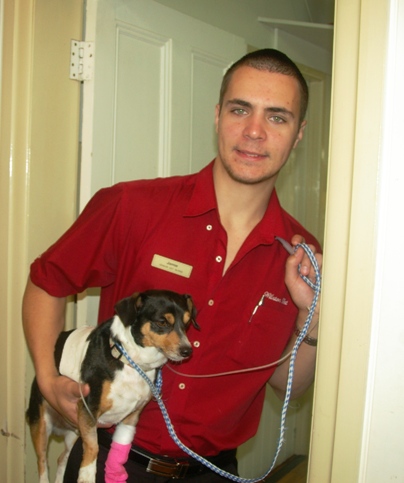 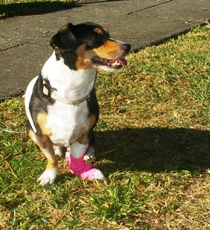 Elmo’s recovery was progressing well. He was able to eat, drink and take himself to the toilet so we were very happy to send him home to be well cared for by his very dedicated parents. His improvements continued at home and we kept a very close eye on him with regular re-checks.

Followup: Elmo has made an amazing recovery from his horrifying accident. His story goes to show that animals can recover well from head trauma if they are given supportive care. Today he is happy and healthy at home with his Mum and Dad and now he wears a fluero safety vest for his walks to help protect his from future accidents. 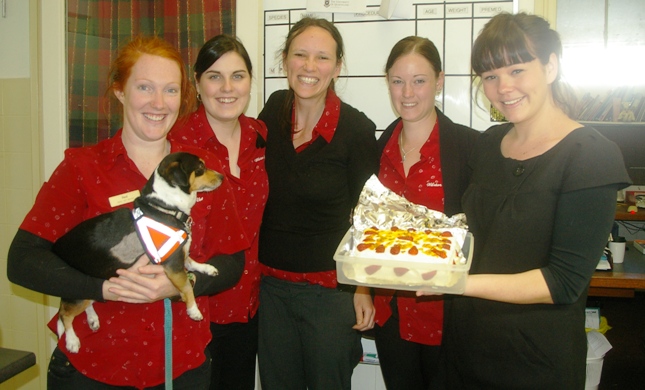 Thank you to Elmo’s Mum and Dad who baked us a special cake from Elmo!