History: Poppi was presented to Wilston Vet for continued treatment after a visit to the pet emergency centre the night before. She had been vomiting overnight and appeared lethargic and off-colour.

Examination: Upon arrival and examination Dr Brothers found Poppi to be very lethargic and generally uncomfortable all over, but especially in the abdominal area. Her owners told us she ate a whole chicken neck the previous afternoon and also had eaten her dinner without concerns. She had started vomiting a few hours after her dinner.

It was decided due to Poppi’s poor condition that she was to spend the day with us on inta-venous fluids to help keep her hydrated and maintain strong blood pressure. Dr Brothers also took some blood to send off to the lab to find out why Poppi was so unwell. 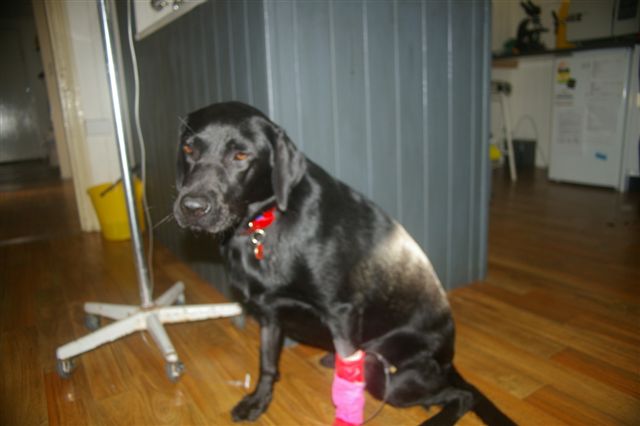 << Poppi looking very sad and on her IV drip

Treatment: Dr Brothers did a rectal exam on Poppy. This helped us to find out that Poppi had a lot of hard and compacted faeces in her rectum unable to come out. Dr Brothers had the lovely job of removing some of the feces from Poppi’s rectum by gently grasping the fecal balls and pulling them out with her fingers( with a glove of course!). The extracted feces were very hard and seemed to have bits of large hard bone fragments present throughout them. 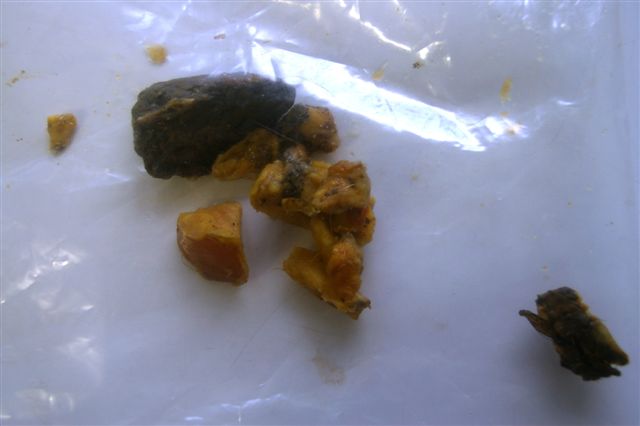 As we were worried about a possible obstruction in the bowel, X-Rays were next on the agenda. After taking the X-rays it was clear that Poppi still had a little way to go. She had more hard compacted faeces in the upper bowel region which could not be grasped and pulled by Dr Brothers as they were far to high up in the bowl. 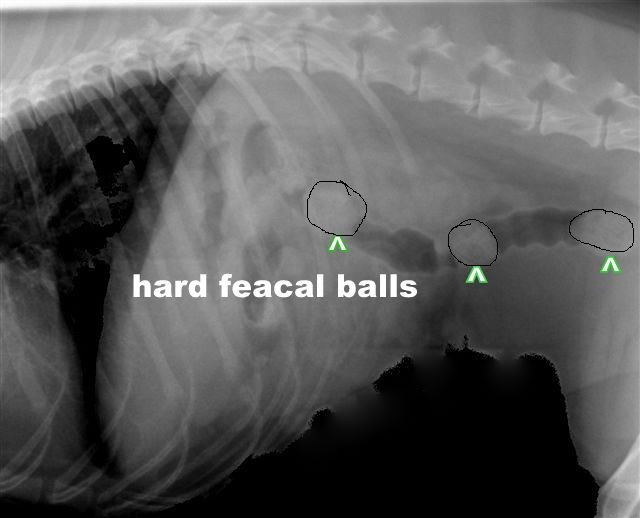 A warm soapy mix was made and administered rectally to Poppi to try and soften and move the faeces on. This enabled us to massage and manipulate another 2 very large pieces of hard dry feces out, providing some much needed temporary relief. 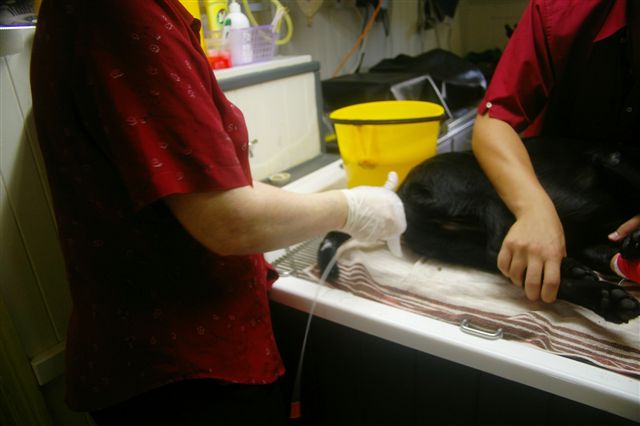 Poppi was then deemed well enough to spend the night at home under some strict supervision and was to see us the next day for more follow up treatment and repeat X-rays.

Meanwhile Poppi’s blood tests had come back and showed that nothing else sinister was going on. All her organs and blood cells were completely normal indicating that the severe constipation was the cause of her lethargy and vomiting the night prior. The only abnormality was a low blood glucose which was most likely due to the fact she had not eaten for 24 hours.

Followup: The next day Poppi looked a lot brighter and much more responsive. She showed interest in food and even gave us a tail wag greeting! A blood glucose reading was also taken to ensure levels were within normal limits again. The reading came back normal which was also another sign that Poppi was getting better.

Repeat X rays showed us that all the faeces had moved through the bowel and things were looking up! We decided Poppi was well enough to eat, so offered small amounts of easily digestible food over the period of the day which she ate ravenously.

Poppi went home that evening feeling much better and within a day back at home was toileting without issues, eating great, and feeling 100% again.

Aftercare: Poppi has been instructed not to be given brisket bones or other large beef bones again, as she does not chew them up properly but swallows large hard chunks which can get stuck in her bowl. Poppi is allowed to have soft chicken necks as these will not get stuck in her intestines, or large shank bones which are to be taken off her once she has chewed off the sinew and gristle before she has a chance to much the bone up and swallow it!