History: Richie is a bright, bubbly one year old liver and white Border Collie who normally bounds into Wilston Vet happy to see all the staff and animals. One day in June this year, Richie quietly and carefully walked into the clinic. He looked like he was “walking on eggshells” – Richie was obviously not his normal self. 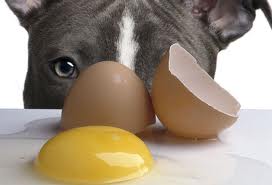 Richie’s owners said that he was very lethargic after attending his weekly agility training three days previously. He also had vomited once and was not interested in food or playing with his older doggie-sister Rosie (very unusual for Richie).

Examination: Dr Nichola had a close look at Richie. She felt his abdomen and noticed that he was a bit uncomfortable and that he had a large bladder. Richie urinated on the floor and Nichola managed to collect some of the urine; she noticed that the urine looked very yellow. Normally concentrated urine looks very yellow but Richies urine was so yellow it almost looked like it was glowing. An in-house test (urine specific gravity, performed with a refractometer) which measures the concentration of urine, showed that the urine was in fact more dilute than it should have been. Dog urine should have a specific gravity or concentration of at least 1.030 and Richie’s urine specific gravity was only 1.018. 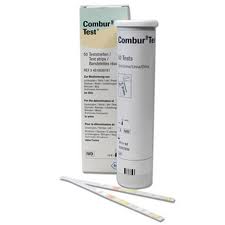 A urine dipstick revealed that it also had a lot of bilirubin in it (3+) which accounted for the bright yellow colour. Bilirubin is a yellow pigment which is released when blood cells are broken down. It is also found in bile and can accumulate in the urine and tissues when liver disease is present. Dr Nichola also noticed that Richie’s gums looked slightly yellow (jaundice of icterus).

Richie was taken for a walk outside. He was definitely not walking normally. Rather than running excitedly outside like he normally does, Richie tentatively walked out to the footpath with abnormally straight hind legs.

A blood sample was collected and sent urgently to the lab. Dr Nichola suspected that Richie had either a liver infection or had eaten a toxic substance causing acute liver disease. Richie’s mum was scheduled to fly to America the following day so Richie was rushed over to Queensland Veterinary Specialists (QVS) for an immediate abdominal ultrasound and veterinary specialist assessment.

The veterinary internal medicine specialist also thoroughly examined Richie. She thought that his hocks (equivalent to our ankles) felt puffy and swollen so she performed a joint tap (removal of joint fluid via suctioning with a needle and syringe). An abnormally large amount of fluid was collected from Richie’s hocks and carpus (like our wrist). The joint fluid, like the urine, was also bright yellow. It was examined under a microscope and many inflammatory cells were seen in the fluid but no bacteria. An immune mediated disease causing inflammation of multiple joints (immune mediated polyarthritis) was suspected. The specialist performed an abdominal ultrasound to look at Richie’s liver. 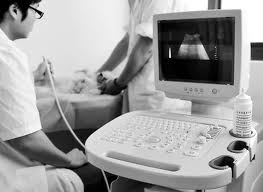 Meanwhile, Richie’s blood results came back from the lab. They confirmed that he had a very high blood bilirubin level, an increase in his white cells (which indicated an infection rather than a toxin) and also extremely elevated liver enzymes (indicating severe liver damage). The specialist suspected that Richie’s joint disease was the body reacting to the presence of the liver infection (not as uncommon as it sounds!).

Treatment: Richie was hospitalised and started on intravenous fluid therapy, antibiotics and medication to help protect the liver. Thankfully the liver as an organ has enormous powers of regeneration so once an infection is controlled; the liver can then begin to heal itself. 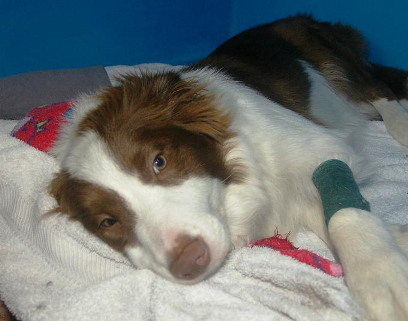 He improved markedly overnight and by the day the next day Richie was eating well and almost back to his bright, happy self. He returned home after two days in hospital. Over the following week Richie continued to improve and he no longer looked like he was “walking on eggshells”.

We are pleased to report that Richie made a full recovery. His liver enzymes are almost back to normal levels and his jaundice has completely resolved. Richie’s doggie friends can expect to be seeing him at agility again very soon! 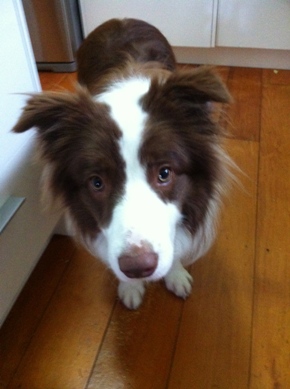 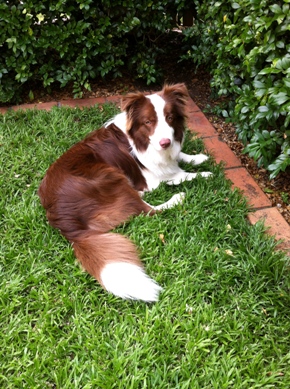